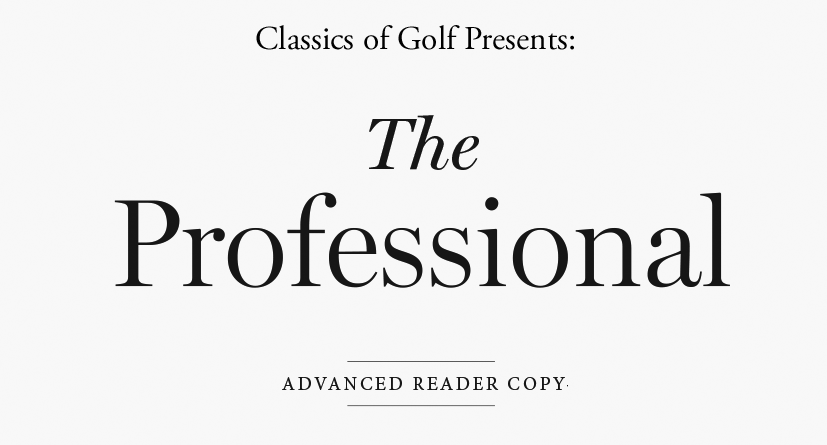 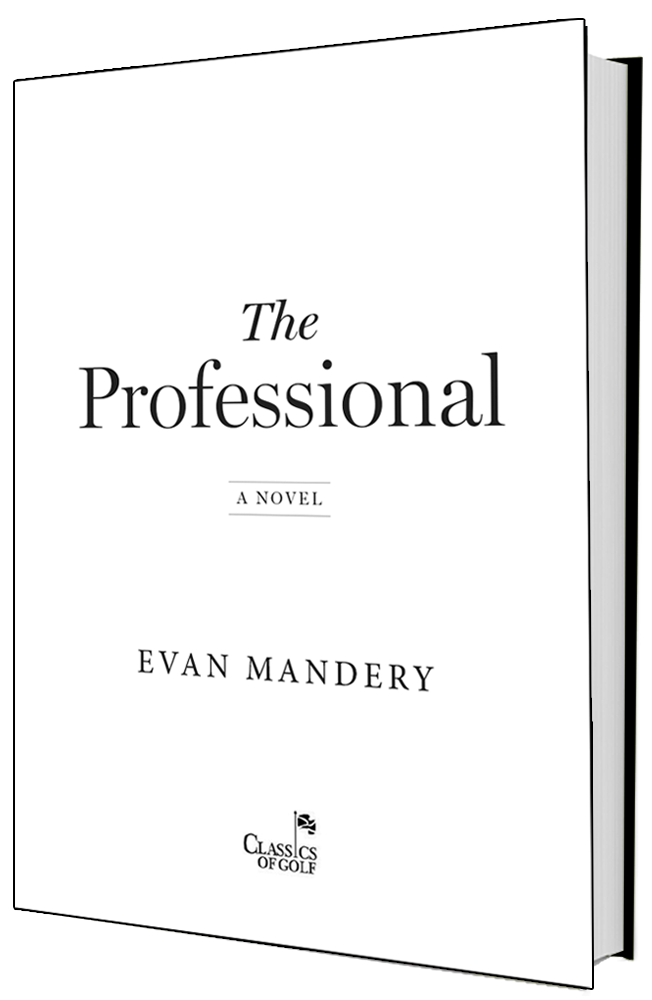 Preview the first 25-pages below:

A golf novel for all time.

As a 16-year-old, David is told by his West Latrobe High School English teacher that he is a gifted writer, and should attend a summer workshop, but David’s controlling, abusive father demands that he spend the summer preparing for the Pennsylvania State Open, forcing David to decide whether to live his father’s dream or his own.

Later, as a forty-something journeyman pro, David experiences a mid-life crisis during the final round of a tournament, causing him to question the meaning of golf and how he has spent his life. Long-brewing feelings of failure surface, and David is tempted towards a potentially catastrophic affair with a beautiful Alabama housewife.

Finally, as an old man, golf presents David with an opportunity for redemption in the form of Billy Conway, an immensely talented but raw young player, who turns to David for help and offers him a path to redemption.

The Professional’s life intersects with the greats of the game—Nicklaus, Watson and Palmer (in whose shadow David is raised) and the novel asks the questions that everyone who loves golf has asked. What are the conditions that produce virtuosity? Does a single-minded devotion to a skill preclude the possibility of a happy life? Does the game ultimately become a job?

The characters who animate the novel are unforgettable: Rabbit Lindner, David’s obsessive-compulsive caddie; Mal Howard, his father, who has patterned his life on his own hero, Deacon Palmer; Bobby Rancourt, a rising star with a single-minded focus on golf; Aaron Richardson, a fallen star playing his last rounds as he battles leukemia; and Billy Conway the young orphan through whom David finds redemption.

Told with humor, charm, and a devotion to the history of the game, The Professional is truly a golf novel for the ages.

Evan Mandery is a graduate of Harvard College and Harvard Law School. He is the author of six books including three novels. Both his non-fiction, A Wild Justice (about a pair of seminal Supreme Court cases on the death penalty) and his novel, Q, were New York Times editors’ pick. Earlier this year, he won an Emmy and Peabody Award for his TV series, Artificial.

For the entire advanced readers copy for review: